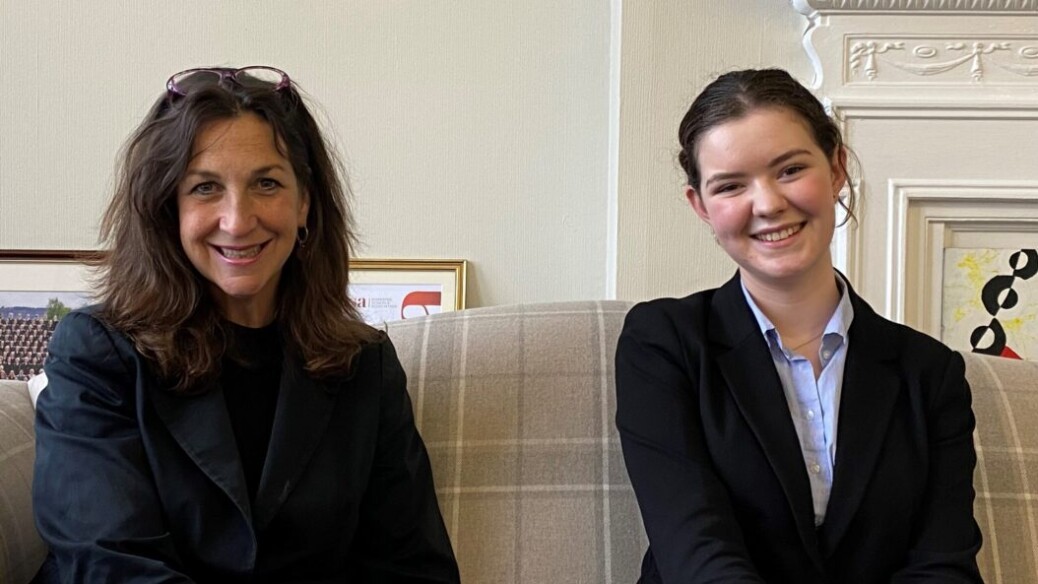 A student at Monmouth School for Girls has won first place in a prestigious national mathematics competition.

Carys, who studies in the co-educational Monmouth Schools Sixth Form, wowed the judges with her outstanding 1,300-word essay on cryptography, a key part in data security.

Carys, who is 16 years old, clinched the Schools Writing Prize in the 16-19 age category of The British Society for the History of Mathematics (BSHM) competition.

“My essay focused on a topic called RSA encryption, which ensures the security of online shopping, banking and other transactions on the internet,” said Carys.

“RSA encryption involves the manipulation of prime numbers, the unique properties of which make RSA encryption so difficult for third parties to decrypt.”

Each year, the BSHM awards prizes for the best essays on aspects of the history of mathematics and the competition is open to all those studying in schools in the UK and Republic of Ireland.

Carys, a Year 13 student, is studying A levels in Maths, Further Maths, Physics and Chemistry and is hoping to read a degree in Maths at university.

“It was quite a shock to find out that I had won the top prize for my age section because the competition is run by such an acclaimed institution,” said Carys, who enjoys solving problems and completing logic puzzles.

“But I was very pleased to have been recognised and I learned so much on the topic of cryptography.

Carys studies Further Maths, based at Monmouth School for Boys, where she is taught by Dr Huw Evans and Miss Laura Watkins. She is a Maths subject prefect.

Dr Evans said: “Carys is a phenomenally gifted mathematician whose interest in the subject has grown whilst studying Further Maths in Monmouth Schools Sixth Form.
“She should feel extremely proud of gaining this highly prestigious award and we are very proud of her.”