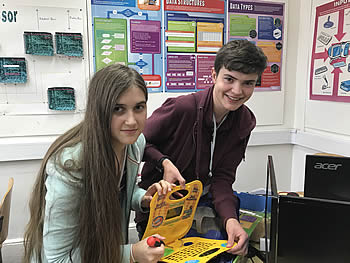 Creating an air pollution sensor for a car and a hydrogen powered games console were just two of the ideas mooted by youngsters in an exciting engineering project in Monmouth.

Proposals to build a ketchup-supplying robot and to turn a coffee machine into a media or games centre were among the other embryonic suggestions.

Thirteen young inventors and programmers, aged from eight to 18 years old, are using software and hardware this week to transform everyday items.

The event is being held at Monmouth School for Boys and forms part of the Schools Hydrogen Challenge, Arcola’s long-running, not-for-profit education programme.

The youngsters were taken for a spin in a Toyota Mirai hydrogen fuel cell car on the opening day of the week-long Arcola Energy Hydrogen Hack.

Children have travelled from as far away as Narberth in Pembrokeshire for the initiative to highlight the benefits of fuel cell and hydrogen technology. 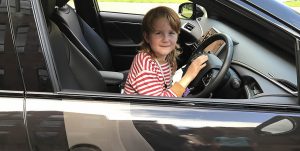 Eight-year-old Eric, who lives in Abergavenny and is a pupil at Cross Ash Primary School, was among the group interested in designing a hydrogen powered games console.

Thirteen-year-old Elic, who lives in Ross-on-Wye, and his friend Tom, aged 12, from Berry Hill in the Forest of Dean, suggested a device which could be used on cars to measure air pollution.

And Joe, 16, a Monmouth School for Boys pupil from Llandogo, and 16-year-old Lara, from Newent, were considering trying to hack an old coffee machine for their project.

The youngsters, in their small groups, will be using their RPi, Arduino and a Fuel Cell to make their chosen items do something new.

Teacher Lyndsay Hope, from Monmouth School for Boys, is running the event and believes it offers a creative, innovative and fun way for youngsters to learn more about clean energy.

The Hydrogen Hack event is taking place at 10 regional centres across the UK.

It will culminate in a national final in London on Saturday where the overall winner will carry off the coveted Arcola Cup.