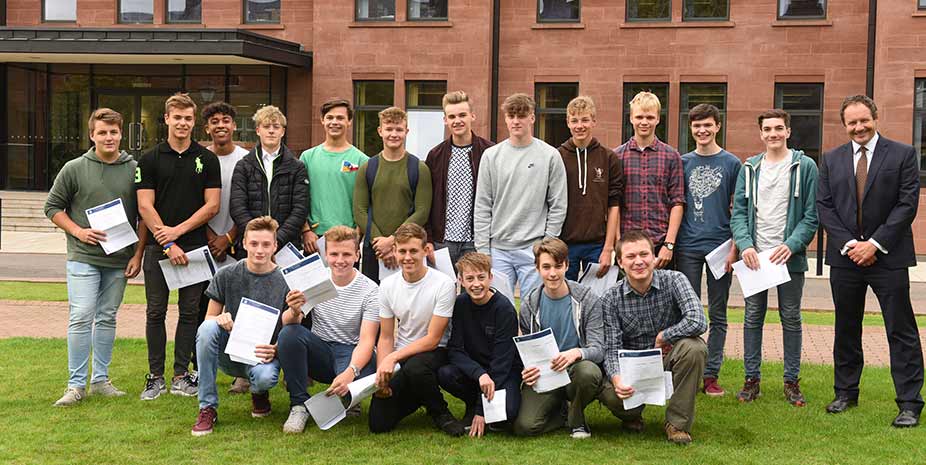 Four pupils at Monmouth School for Boys achieved a clean sweep of A* grades and 19 gained A*s to A.

Pupils were also among the first cohort to receive grades in a numerical format as opposed to letters.

Two of the boys’ leading performers were Joe, from Llandogo, and Jack, from Devauden near Chepstow, who both achieved 11 A*s and a 9 in English.

Keen footballer Adam scored nine A*s and a 9 in English, while Matthew, who was also awarded nine A*s, achieved an 8 in English.

The boys excelled particularly in IGCSE examination subjects which are more theoretical and exam based than GCSES, and are regarded as more challenging.

An impressive tally of 40 pupils gained A* in biology with 81% awarded A* to A grades.

A total of 76% of pupils achieved A* to A grades in maths, while that figure was 74% for physics and 71% for both history and chemistry.

A solid 59% of pupils achieved A* to A grades in English literature.

Former triathlon champion Frank has overcome a life-changing diagnosis to secure four As, four Bs and a 6 in English.

Frank immersed his whole life in sport and was an outstanding rugby player until tests revealed he had an inherited heart condition.

Told to stop strenuous physical activity, he has since discovered a new passion for music and photography.

Dr Andrew Daniel, Headmaster of Monmouth School for Boys, said: “Following our outstanding A level results last week, we can be pleased with today’s GCSE results.

“A total of 81% of boys achieved A* to B grades under the careful guidance of our dedicated teaching staff.

“Our IGCSE results were particularly strong. The grades in biology were excellent with 40 pupils achieving an A* grade and 81% securing grades from A* to A.

“We are delighted that our students achieve such strong examination results alongside their very active involvement in the many activities in our extra-curricular programme.”