A former triathlon champion has discovered a new passion for music and photography after being diagnosed with a heart condition.

Sixteen-year-old Frank immersed himself in sport and was an outstanding rugby player until doctors told him to stop strenuous physical activity immediately.

A medical test revealed the Monmouth School pupil had hypertrophic cardiomyopathy (HCM), an inherited disease which causes the muscle wall of the heart to thicken. 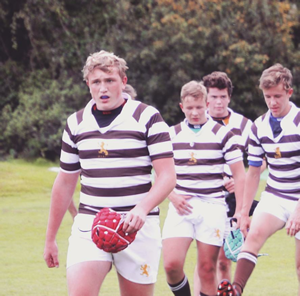 It was a life-changing moment for sports-mad Frank who played tennis, squash and football at a competitive level and was in line to captain the school’s water polo team.

However, the inspirational teenager is now learning to play the guitar and the piano, and takes sports photographs to capture his friends and former team-mates in action. He is also campaigning to highlight the importance of heart screening for young people.

“I do not want to hide my condition because I feel fine and I am learning to live with it,” Frank said.

“I just wish that when I was first told about my condition I had a story to read about another young person going through something similar.

“At the time, being told I could no longer play my favourite sports felt like the end of the world. But I feel I need to reassure people and anyone with the condition that you can still live a normal life.”

About 1 in 500 people in the UK have HCM and symptoms, if any, include shortness of breath, chest pain, palpitations, light headedness and fainting. If left undiagnosed and untreated, the condition can lead to sudden death.

“My whole life was based around sport,” said Frank, who won the National Sprint Triathlon Championship for his age category in 2015.

“My family is very active and my brother Finn is a very serious triathlete who has competed in Iron Man Wales and numerous other events.”

Frank’s heart condition was picked up last autumn when he and his family went for routine testing with a charity called CRY (Cardiac Risk in the Young).

“My entire family passed with no problems but I came up as an anomaly,” he said.

“After having numerous tests I was told to stop playing intense sport. It was a huge shock because I had expected a positive outcome. I was in the changing rooms when I told my rugby team-mates I wouldn’t be playing and explained why.

“They expressed their concerns and were disappointed to lose a team-mate. As they went on to win the game, the realisation sank in and that day will never leave my memory.”

Frank expected a new bike as his present last Christmas but instead asked his parents for a sports photography camera. 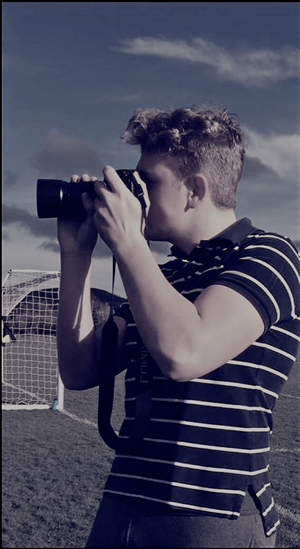 “I decided to try to find the positive outcomes of my diagnosis by capturing many unforgettable images,” he said.

“I have learnt a few pieces on the piano, such as Titanic, and I love learning how to play the guitar. I love music and see this as a new side to me which may not have materialised if it wasn’t for the diagnosis.”

Frank is also involved in sports coaching so he can pass on his knowledge and enthusiasm to younger pupils at the school.

“As part of my modules on a Wednesday, I asked to do some coaching at The Grange. I have really enjoyed being able to pass on my knowledge to younger people and seeing them improve from my efforts. This is certainly a hobby I would like to have when I am older.”

The Monmouth schoolboy has decided to try his hand at a new sport and took up golf with his father.

He is aiming to eventually secure a place in the school’s golf team.

Frank said: “I hope to get the get the message across that people with the condition can easily fit in and the more people who know that the better.

“I am not allowed to get my heart-rate too high in a short period of time but I can still get on an exercise bike and gradually build up my pace.

“The thing I found the hardest to deal with was realising I had a lifelong condition which was potentially life threatening. I truly believe the number one thing to remember is to think of what you can do rather than what you can’t do.

“I would never have taken up photography, golf or music if it wasn’t for this diagnosis and I would probably have ended up in hospital with lifelong injuries if I was to continue my love for rugby.”

Frank, who turns 17 in September, is awaiting his GCSE results and plans to study languages at A level.

“Looking further ahead, maybe I could go to a French speaking part of Canada to coach rugby or use my Spanish in Argentina to coach rugby in my gap year before university. The future is very exciting.”

He added: “Having HCM isn’t the end of the world. The condition could cause a lot more distress to a family if their young, sport-loving son suddenly collapsed on the rugby field. It’s very important for people to get screened. I am now living happily with hypertrophic cardiomyopathy and looking forward to a summer full of golf, guitar and photography.”