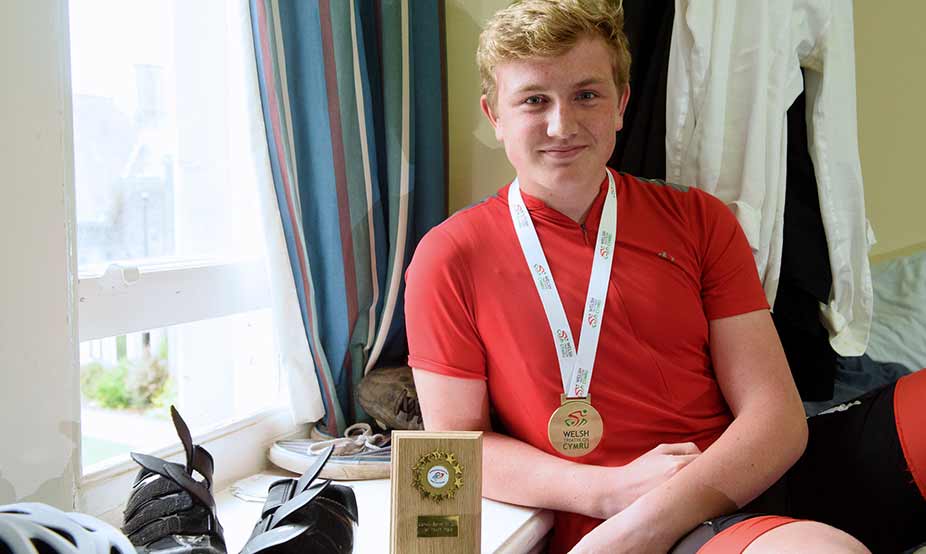 Former triathlon champion Frank has overcome a life-changing diagnosis to secure four As, four Bs and a 6 in English at Monmouth School for Boys.

Frank immersed his whole life in sport and was an outstanding rugby player until tests revealed he had an inherited heart condition.

Told to stop strenuous physical activity, the teenager, a boarder at the school, has since discovered a new passion for music and photography.

At Monmouth School for Boys, 93% of pupils attained A* to C grades and four achieved a clean sweep of A* grades and 19 gained A*s to A.

Pupils were also among the first cohort to receive grades in a numerical format as opposed to letters.