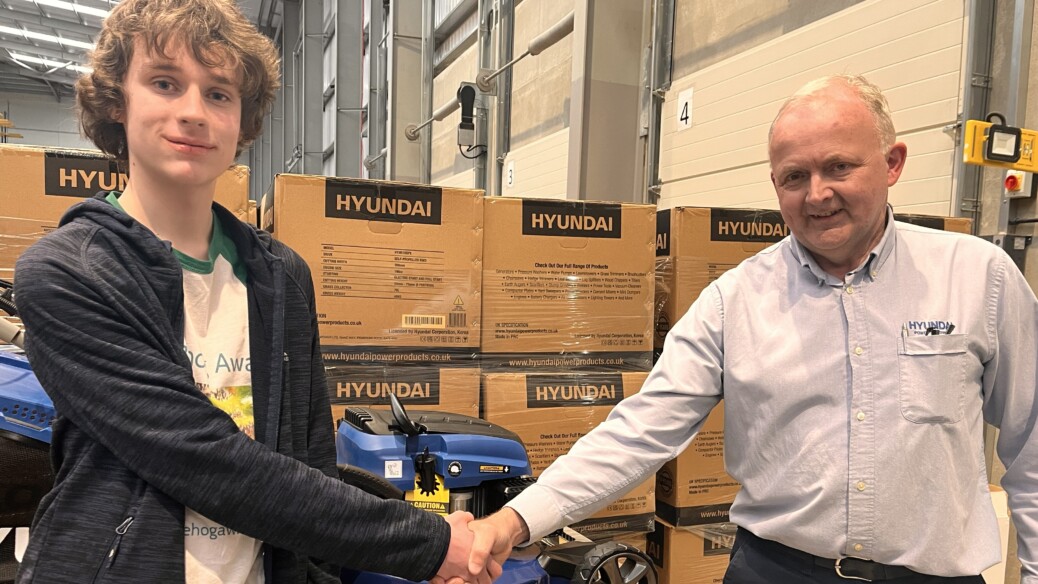 The success story of a caring Monmouth schoolboy has hit national television screens.

Dylan, a Year 10 pupil at Monmouth School for Boys, was filmed by BBC One’s The One Show for spearheading a campaign to reduce the number of gardening injuries to hedgehogs.

Over the past two years, Dylan has been contacting manufacturing companies to highlight the dangers to hedgehogs caused by gardening equipment.

Now, Dylan’s appeals have been recognised by a garden equipment manufacturer, Hyundai Power Products, which has agreed that every lawnmower and strimmer coming off its production line will include a Be Hedgehog Aware sticker on it.

“A sticker on the actual piece of equipment reminds the gardener to check for hedgehogs first, which means they are much less likely to be injured if they’re discovered before strimming or mowing begins,” said a delighted Dylan.

“Many hedgehogs suffer horrific injuries each year from gardening equipment because people forget to check before they start to strim and mow.”

“It’s a very worthwhile cause and also very inspiring to see someone of Dylan’s age driving this forward.

“The first batch of machines with the stickers on have just come off the production line, and we can’t wait to get those out to the UK’s gardeners and start making a difference to helping reduce the number of hedgehogs injured in gardens.”

As part of his filming with The One Show, Dylan was interviewed by presenter Lindsey Russell, formerly of Blue Peter, and was joined by Grace Johnson, the Hedgehog Officer at Hedgehog Street. 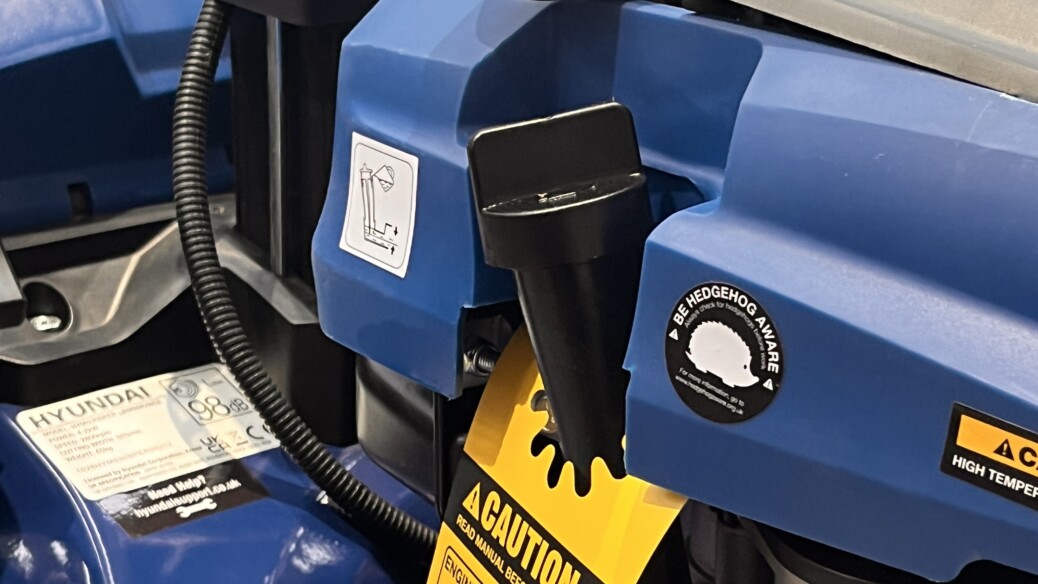 The 15-year-old schoolboy has been celebrating Hedgehog Awareness Week and is closing it tomorrow (Saturday) with his own live-streaming event.

Headmaster at Monmouth School for Boys, Mr Simon Dorman, said: “We are very proud of Dylan, who has campaigned tirelessly for the past two years to reduce the number of gardening injuries to hedgehogs.
“Despite some disappointments along the way, Dylan has shown resilience. He has remained focused, determined and upbeat throughout his campaign.
“We are delighted that Dylan’s wonderful work has been recognised by both The One Show and a garden equipment manufacturer.”