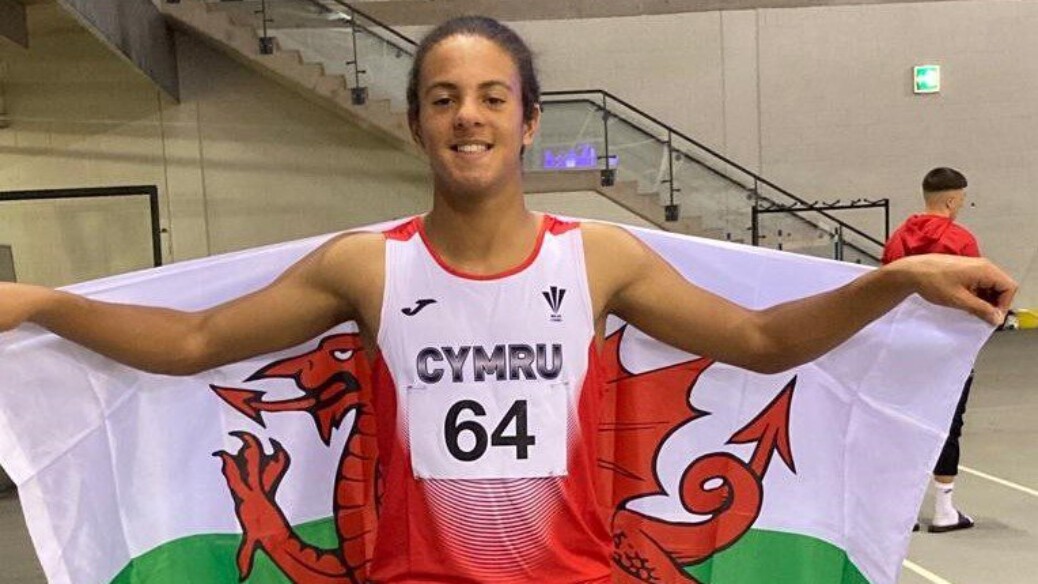 A talented athlete at Monmouth School for Boys achieved personal milestones for Wales at a British indoor schools’ competition in Scotland.

Aaron was 13th overall in the under-18 boys’ pentathlon competition as he represented Wales against teams from England, Ireland and Scotland.

The teenager recorded his fastest times in the 60m hurdles; was more than four seconds faster than his previous best in the 800m, and achieved his highest overall points tally.

It was Aharon’s first SIAB appearance having gained selection after shining in the Welsh Athletics/Welsh Schools Indoor Combined Events at the National Indoor Athletics Centre in Cardiff.

Earlier this year, Aharon smashed his personal best for the pole vault to rise into the top 10 in the UK and second in Wales for the under-17 age-group.

He secured a bronze at the Under-17 Welsh Junior Championships in August and a silver at the Welsh Under-17 decathlon championships earlier in the summer.

He has won Welsh and regional medals in other disciplines, including the 60m, 60m hurdles, high jump, triple jump and shot.