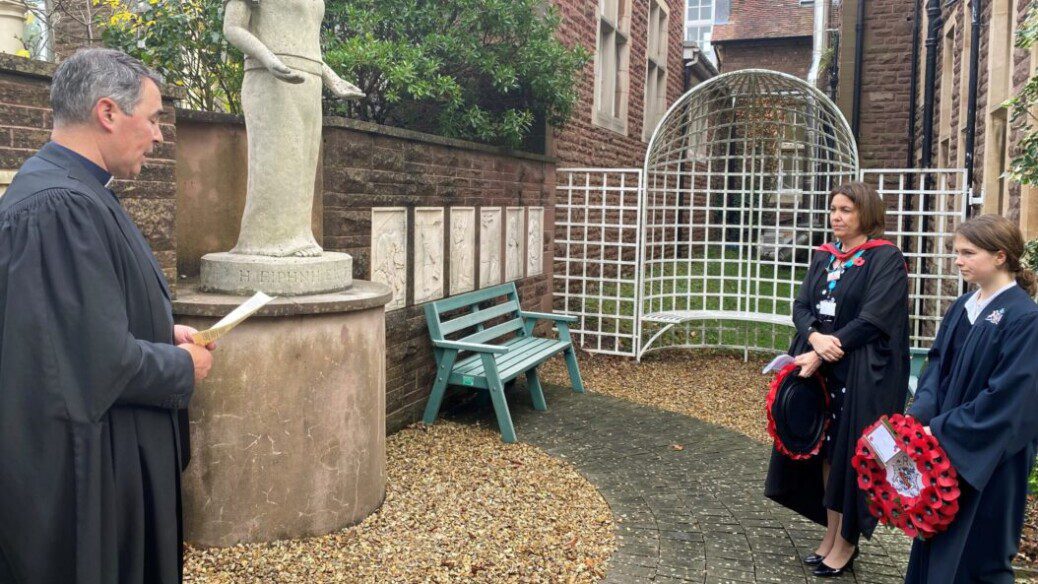 The memorial at Monmouth School for Girls is in honour of former student, Maud Edwards, a nurse, who was killed when an explosion destroyed the Royal Navy cruiser, HMS Natal, in December 1915.

Pupils, staff and guests also took part in a moving Act of Remembrance, led by the Chaplain, Reverend Swartz, at Monmouth School for Boys.

Armistice Day falls on 11th November each year – the day in 1918 that the armistice was signed to end the First World War after four years of fighting. 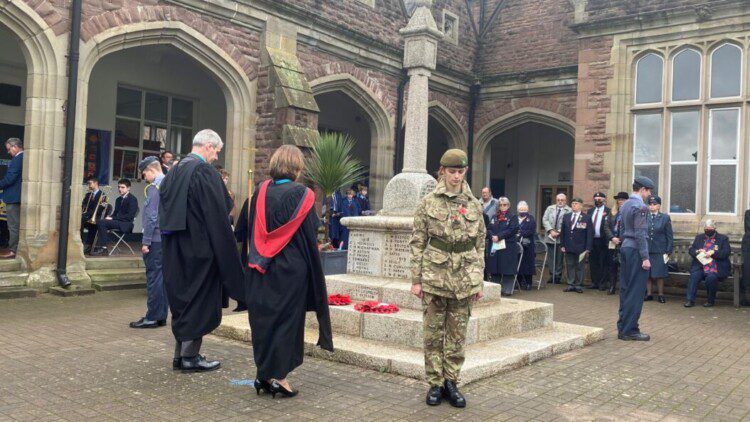