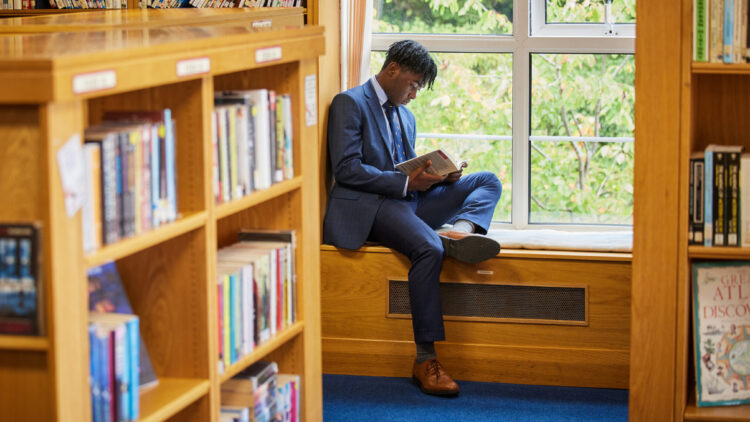 Thanks to the generosity of past pupil David Hitchcock, Monmouth School for Boys is delighted to invite applications for the Hitchcock Sixth Form Awards. This will be awarded biennially and will be means-tested and could cover up to 75% of the fees. All applications will be assessed in October/November.

David, who was born in Ebbw Vale, attended Monmouth School for Boys in the 1970s after he won the Williams Jones Scholarship. During his time at Monmouth, he fully participated in the many extra-curricular activities that the school had to offer: playing the piano, organ and viola; acting in school plays; being a member of the Monmouth School for Boys’ Challenge General Knowledge Quiz team that became UK Champions; and becoming a member of the 1st XV. He won an Open Exhibition to Pembroke College Cambridge, where he gained a boxing blue to add to his musical accomplishments. After graduating from The Royal Military Academy Sandhurst and serving with the Royal Regiment of Wales and the Gurkhas, he began his career in the City and is currently Executive Chairman at Cyrus Investment Management.

David said, “I feel strongly that without the Williams Jones Scholarship, my life would have been very different and I wish to provide a similar opportunity to future generations. It is important for me to repay, as best I can, the help I was given. Monmouth School for Boys offered me, and many other boys, a chance to develop at a crucial and formative time, and the wonderful experience it gives boys today is even more special.”

Anyone interested in finding out more about the scholarship is asked to contact Miss Ellie Townsend, Admissions Registrar, on 01600 710433 or boys.admissions@habsmonmouth.org

Award holders must be prepared to play a full and active part in sport within the school and offer a strong and positive example of sporting commitment to their peers.

The Trustees of the EF Bulmer Benevolent Fund provide bursaries to sponsor a girl and/or a boy biennially in the Sixth Form at either Monmouth School for Girls or Monmouth School for Boys. The fund was established in 1938 by Frederick Bulmer and since its inception has benefited hundreds of local people in a huge variety of ways. The award will offer an outstanding opportunity for a Herefordshire pupil to study at schools, which have gained a national reputation for academic, sporting and musical excellence. The Trustees have stipulated that the applicants must be resident in Herefordshire and would not otherwise have been able to afford a place at the schools.

The Bulmer’s Award will be means-tested and will cover up to 50% of the fees.

Back to Scholarships & Bursaries